An Ode to the Obvious: The Affordable Care Act’s Sputtering Health Insurance Exchanges

It could not have been more obvious. 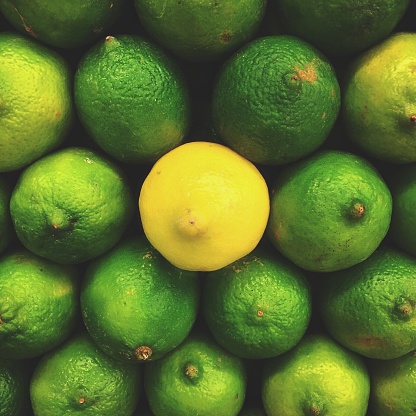 When we were on Capitol Hill in 2009 and 2010 talking to members of Congress about the impending Affordable Care Act, we told anyone willing to listen, “If you’re going to federally subsidize individual insurance coverage in new online health insurance exchanges, you’d better get everyone in the boat.”

What we meant was simply, if Congress was going to legislate taxpayer-subsidized individual health insurance plans in online health insurance exchanges, and if Congress truly thought it could hold down the cost of premiums (and therefore the volume of the taxpayer-provided subsidies) in those exchanges, it had to ensure that substantially more younger, healthier people would buy coverage in the exchanges than those most likely to immediately avail themselves of their newfound health insurance: the sickest of the uninsured. In short, if Congress really expected the Affordable Care Act to put the “affordable” into its new health insurance exchanges, it was going to need an individual mandate with real teeth. And that meant a penalty, for not having insurance, steep and enforceable enough to drive the young and healthy portion of the uninsured population into the exchanges.

The consequences were predictable. Heading into the fourth year of the online exchanges, insurers are bailing out. They’re unable to sustain the losses suffered in insuring the sickest of the sick, without the requisite offset of premium revenue from a much larger group of younger, healthier people. (It didn’t help that the exchanges’ rules for jumping in and out of coverage have been so porous and so lazily enforced that the uninsured could jump into and out of the individual market at essentially any time…for any reason, no reason or no good reason.)

Those insurers that remain are asking for substantial rate hikes. The Affordable Care Act authorized billions of dollars (collected from insurers and employers) in payments to insurers for the exchanges’ first three years of operation, to backstop the inevitable losses. But the payments were not enough to stop the bleeding, and the tax that funds those payments expires this year, leaving the carriers who linger in the exchanges entirely on their own. It appears the average premium increase in the exchanges for 2017, before the application of taxpayer-provided subsidies that defer a portion of the cost, is north of 20 percent. In some states the hikes are nearing 50 percent.

That’s not a surprise either. As insurers flee the exchanges, the main argument to support the exchange concept – that competition among multiple insurers would help hold down costs – also disappears.

What would a fix look like? If the ACA’s mandate is fixable at all it needs an effectively enforceable penalty of sufficient girth that it becomes a no-brainer for the uninsured to buy coverage, particularly where they qualify for federal subsidies to defray the cost. A fix should also include a tightening of late enrollment rules, and enforcing them, to prevent the healthy uninsured from waiting until they get sick to leap into the insurance marketplace, before leaping right back out the moment they feel better.

Assuming the mandate is fixable, is there the political will to do so? Democrats might be inclined to try, but many would be opposed to stiffening the penalty and tightening the late enrollment rules. Republican have pledged to repeal the individual mandate at the first opportunity, and thus won’t be inclined to try to fix it, a fact given to some irony in that prior to the ACA an individual mandate had next most recently been a GOP idea.

And so the exchanges will continue to leak oil. The endgame is as predictable as the start: The exchanges will become untenable for lack of insurer participation and soaring premium costs (triggering soaring subsidy payouts). Absent a compromise to fix the problem, the political left will say, “Well, we tried expanding coverage to a few million uninsured through the private insurance market but that didn’t work, so we need a single-payer system for everyone.” And the political right will say, “Government-run healthcare, to ensure coverage of a small fraction of us, is not the answer when the majority of Americans like their current health plans and receive pretty darn good care.” How that all plays out will depend on which party sits in the White House, and controls the Congress.

Without a sensible fix to the individual mandate we’ll soon find ourselves looking back over the course of the Affordable Care Act to see a road littered with tens of billions of taxpayer dollars lost to exchange implementation grants and failed health insurance cooperatives, a tripling down on the hassles imposed on employers for simply offering group health insurance, and inroads into the ranks of the uninsured that could have largely been accomplished with a simple expansion of Medicaid alone.

This blog post reflects the views of the author and does not necessarily reflect the views of Lockton Companies, LLC, its owners, officers or other employees.