Interaction of COBRA and Medicare: Just how do these rules work again? 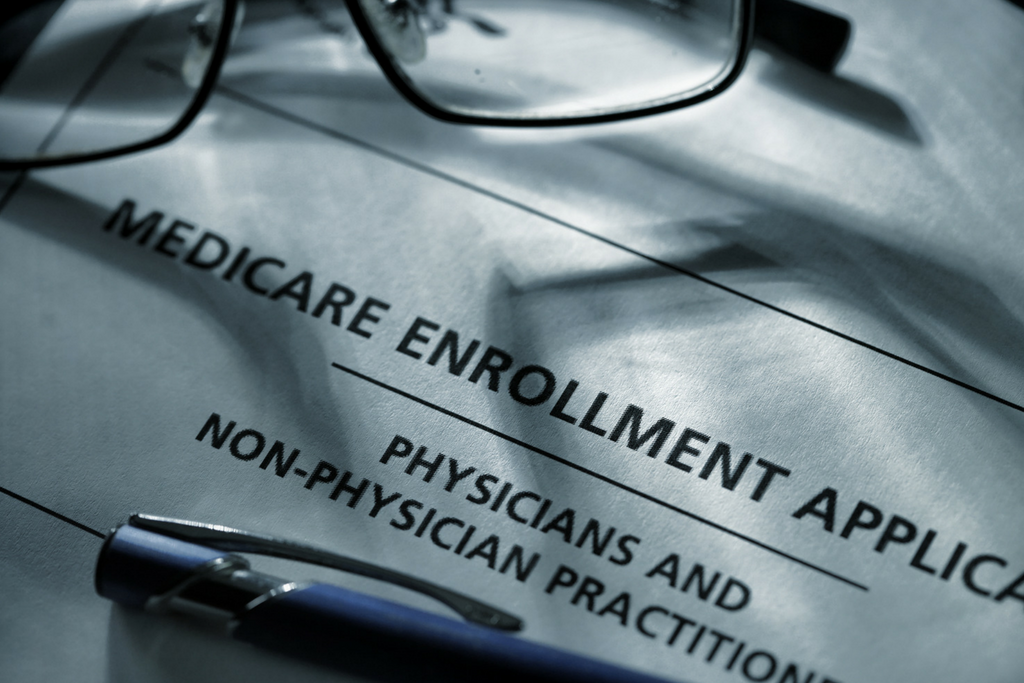 The American public is often bombarded by Medicare advertisements and options for Medicare supplement plans. For those not in the baby-boom generation, this must really be tedious. Nevertheless, the baby-boom generation continues to age into retirement, and with that, the number of questions regarding Medicare and the interaction with various employer plans is spiking. We recently discussed how Medicare can interact with the HSA rules.

Similarly, rules surrounding COBRA and Medicare also cause confusion. A review of the rules as set out by the federal agencies should help clarify some of the misunderstanding.

It is generally understood that COBRA continuation provides, in certain circumstances, extended coverage under the employer plan. That extension can apply to covered employees, their covered spouses and their dependent children even after those individuals would otherwise lose coverage under the employer plan. A qualified beneficiary may lose coverage (which includes an increase in required premiums, a reduction of benefits, or other changes in the terms or conditions of coverage) under a group medical plan that is caused by one of the following events:

In case of such an occurrence, the qualified beneficiary is entitled to be offered continuation coverage – generally, at no more than 102 percent of the cost of the coverage or 150 percent for disability extension – under the group medical plan.

Depending on the event the continuation coverage can last from 18 to 36 months:

The periods of coverage can be extended (although generally not longer than 36 months in total) if there is a second qualifying event, the qualified beneficiary becomes disabled (as determined by the Social Security Administration) within the first 60 days of COBRA or the covered employee becomes entitled to Medicare within 18 months before the COBRA event.

The continuation period can also be reduced to less than the full period under the following conditions:

As you can see above, COBRA can be affected by entitlement to Medicare and the interactions can be confusing – that starts with the terminology around Medicare “entitlement.” The question arises most often around an individual’s 65th birthday. There is an expectation that COBRA can end automatically at age 65, but that is not necessarily the case.

Individuals who are entitled to Medicare due to disability or kidney failure – end stage renal disease or ESRD – are also automatically enrolled upon certain circumstances not tied to age, so the conflation is less of an issue.

Impact of Medicare entitlement on COBRA

Medicare entitlement can permit early termination of COBRA. The COBRA regulations permit plans to terminate COBRA before the normal time limit if the individual becomes entitled to (i.e., enrolls in) Medicare after electing COBRA. A common issue people encounter is when they turn 65 while on COBRA, become eligible for Social Security benefits, but do not immediately start receiving those benefits. Some insurance carriers and third-party administrators will automatically terminate COBRA when an individual turns 65; however, turning 65 is not an event for which COBRA can terminate early. Conversely, entitlement to Medicare is such an event. As noted previously, if someone has started receiving Social Security benefits, Medicare enrollment is automatic at age 65. Therefore, those people will be entitled to Medicare at age 65. (Note – this applies to the individual who is enrolled in Medicare – not to that person’s spouse or dependents.)

Lockton comment: Most individuals will be well-served by enrolling in Medicare at age 65. If they are not actively covered by an employer plan – COBRA does not meet that requirement – they can be surcharged when they do enroll. In addition, there are insurance policies that assume the people who are not actively employed are enrolled in Medicare for purposes of coordination of benefits policies, which would be relatively rare for COBRA participants, as those policies would more often end upon enrollment in Medicare. If the individual does not actually enroll, the person might be subject to much higher out-of-pocket costs than anticipated.

Failure to provide COBRA when obligated to do so can subject the employer and the plan to potential excise taxes of $100/day for every day from the date of the failure to the date when the failure is corrected or, if earlier, six months after the last date on which the employer could have been required to provide COBRA coverage (without regard to the payment of premiums).

Beyond the excise tax, which can be substantial by itself, is that the failure to provide COBRA when required can subject to the plan to medical expenses that might not have been the responsibility of the plan sponsor. Those expenses have the potential to dwarf the excise taxes, giving employers even more incentive to be certain that COBRA is not being terminated prematurely.

Medicare entitlement as a COBRA-qualifying event

Under the Medicare secondary payer rules, employer-sponsored coverage for an active employee cannot be terminated due to Medicare entitlement. However, if the employee is retired, it is permissible to terminate coverage under an employer plan based on Medicare entitlement. That would not be a COBRA-qualifying event for the retired employee, but it could be one for the spouse and dependents, which would trigger a 36-month COBRA period under the plan.

The Medicare entitlement of the individual can extend COBRA for the individual’s spouse and dependents for up to an additional 18 months (36 months in total) if the COBRA-qualifying event (termination of employment or a reduction of hours of the employee) occurs within 18 months after the individual became entitled to Medicare. Note, this would not apply to the normal 36-month periods that the spouse or dependent would have based on the death of the employee, divorce or the dependent losing eligibility.

For example, if the individual enrolled in Medicare one month before the COBRA-qualifying event (the termination of employment), the spouse and dependents could have approximately 35 months of coverage under COBRA. If the employee enrolled in Medicare 17 months before the COBRA-qualifying event, there could be up to an additional 19 months of COBRA. Again, Medicare eligibility is not enough to extend COBRA under the rules, so employers need to be aware of the actual enrollment in Medicare and not use an employee’s age as a proxy.

Lockton comment: The COBRA rules are the minimum a plan must provide in the way of continuation coverage. Employer plans can be designed to offer more generous continuation coverage; however, they rarely do. In addition, the employer is not likely able to unilaterally extend the continuation coverage. The insurance carriers for fully insured plans and the stop-loss carriers for most self-funded plans likely would not agree to extend coverage beyond the minimums required by COBRA. So, even though it is permissible legally to offer extended coverage, it is unlikely an employer could do so as a practical matter.